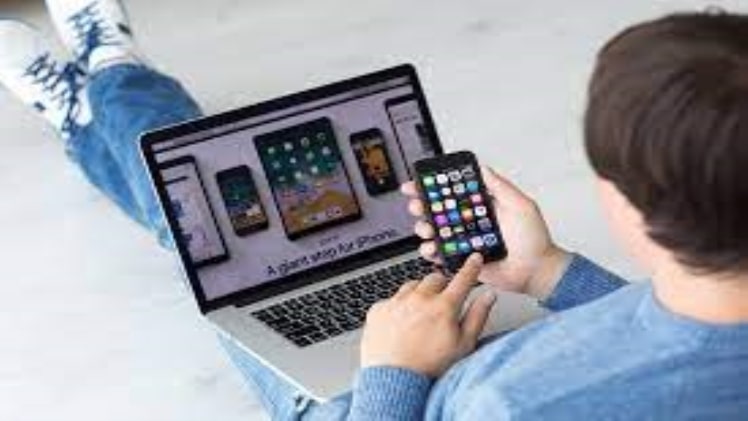 Mobile app development has become immensely popular as the number of people using mobile phones has significantly increased. Therefore, digital enterprises aim to incorporate convenient app strategies and features into building their mobile app to gain a competitive advantage. Many organizations now invest in mobile application development endlessly as it can generate vast amounts of revenue. Studies by Statista show that the global mobile app revenue can generate more than USD 935 billion by 2023 through in-app advertising and paid downloads.

Developers should aim to provide a convenient solution to users, make the app popular by getting millions of downloads and finally increase in-app purchases. However, only a few mobile apps are efficient and offer high functionality. Most apps fail due to unsuccessful app ideas, poor execution, or failure to monetize through apps. Many of the apps have been shut down in their initial stage as they could not survive in the market. App developers might make mistakes while developing the app, which can lead to the app’s failure.

Let us see some of the past instances of unsuccessful mobile app development.

5 Mobile App Failures & What to Learn from Their Mistakes

Mobile app development needs knowledge and skill and is costly. A successful app needs time, effort, and resources. Here is a list of apps that failed due to several reasons. Let’s have a look at the reasons why they failed and take lessons from them: Ready to experience blazing-fast WOW Internet speed? Well WOW! is here with fiber-rich cable broadband to WOW you with its super affordable plans.

Vine is regarded as an unsuccessful social media app as it could not produce a viable business plan. It was a platform where users could create and share six-second videos. The videos were addressed as a “vine” and could be played on repeat. They could be incorporated into Twitter’s timeline. Vine became popular with the advent of short GIF videos, a new and popular concept during that time. However, the app did not modify itself with market developments. Twitter purchased the application in 2012 for $30 million as it saw Vine as an ideal complement to the text posts of Twitter. Like Twitter’s character, Vine has a time limit, offering users to indulge in a fun, creative challenge but afterward became a hindrance to creating more attractive videos. Vine’s small New York-based team found it challenging to increase its user base and earn revenue. Vine was a leading social video app but could not beat the competitors like Snapchat. Instagram’s option of creating 1-minute films has impressive features and courted more celebrities. The videos were extended later, but it was of no use. Twitter shut down Vine as it could not adapt.

Conclusion – Competition is always there, and we should embrace modifications to adapt to trends. With developments in technology, users’ needs also change, and thus a couple of elements should be implemented in mobile app development to achieve success.

Yik Yak was a favorite app for messaging used mostly by college students as it enabled one to connect privately with individuals who are nearby. However, instances of cyberbullying came up in anonymous chat rooms, and therefore its usage was banned by schools. A bad reputation was developed, and it was not possible to monetize the app. The app never introduced group texting, and when users were asked to use a permanent username, the number of installations significantly fell. It could not adjust to changes.

Conclusion – The app never changed the aspect that made people download and love Yik Yak despite security, safety, and monetization challenges. It is crucial to conduct market research for the utility of an application before launching it.

This application was developed to provide taxi services as Uber does. The app was a success in London and planned to take over New York, but it was a failure. Cab drivers were not the same in New York and London, and taxi service is not a luxury in New York as is considered in London. Moreover, New York has a simple grid layout, but London has difficult roads. Cab drivers in New York were not well-trained and did not carry a smartphone, whereas London had trained cab drivers with smartphones who could use the app easily.

Conclusion – No two users and markets are the same, and estimations should not be made on a single successful launch.

The app was designed for instant messaging, email, wikis, blogging, document sharing, and multimedia management when it was introduced. It was supposed to be a tool for communication and coordination among coworkers. However, it did not succeed and was shut down after six months. There were multiple reasons for the failure. Wave provided several services, but these services were inferior to those offered by individual platforms. The app was incapable of improving the essential services or a combination of services.

Conclusion – Do not launch an app before it is ready to operate. It might be tempting to launch it, but there are chances that the product may not satisfy user needs.

Quixey was developed to help users discover content in other apps on their tablets or smartphones. Alibaba was the largest stakeholder in the application, but the app did not keep up with expectations and was shut down as it failed to generate revenue.

Conclusion – Quixey failed as it could not pay debts. Also, it could not produce revenue. Going into debt and relying on third parties can sink an inexperienced and immature app seeking to establish itself in the market.

App stores are filled with mobile applications that demand attention. It is beneficial from the customer viewpoint, but it has significantly increased the competition, making mobile app development challenging for businesses. Therefore developers should not rush into designing an app. Businesses should take time to assess the market and then build an app that offers maximum functionality and is capable of generating revenue. Furthermore, the application should be able to modify itself with changing customer demands.

At Trigent, our professional experts have years of experience in successful mobile application development and know ideally what mistakes and common errors to avoid. We can help you to fulfill your business requirements effectively. Call us today for a consultation.