England’s Win Against Senegal Signals a Quarterfinal Matchup With France 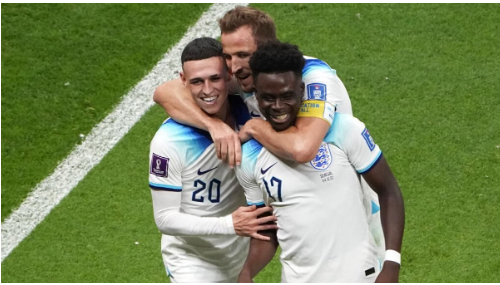 England vs. Senegal in the Round of 16 of the FIFA World Cup Qatar 2022 was a sight to watch at Al Bayt Stadium, mostly for England. Senegal controlled the game until the 38th minute when Henderson regained possession and perfectly netted the ball for the opener.

Senegal lost the momentum and never got it back throughout the event. Cisse’s side left after full-time with no goal to their name. Senegal did, however, concede three goals to let England advance to the quarterfinals.

Facing England was not easy. Cisse echoed a similar tone in the post-match briefing. He said that Senegal had worked hard to become the best team in Africa, but it lost while facing one of the top five teams. “The difference was seen that night,” added Cisse.

Additionally, Kane scored for his team in the 45th minute. Saka followed in the second half to deliver the final blow to Senegal in the 57th minute. England’s perfection can be measured by the fact that the team shot on target four times out of eight total shots. Senegal could only convert 1 out of 10 shots in that sense.

Southgate is proud of the way his side has advanced to the next knockout round, where England prepares to face France on December 11, 2022, at 12:30 a.m. IST at Al Bayt Stadium. The winning probability is 40% in their favor, and it is less likely to affect their performance. France is the defending champion, having won the previous edition of the FIFA World Cup.

Croatia made it to the finals in that edition, netted twice, and conceded four goals in return. Mbappe was the last to score in the 65th minute.

As for the current edition, France has triumphed over Poland in the Round of 16 with three goals in their favor. Poland could only deliver a single in the extra time through a penalty. Lewandowski went home knowing that the side at least did not leave goalless. France overshadowed Poland throughout the game. Giroud shot the opener in the 44th minute, followed by Mbappe, who added a double in the second half.

The ball mostly remained in the possession of France, giving Poland the responsibility to defend against the attack. The 4-1-4-1 formation did not work, as is evidenced by the final tally, which went in favor of France.

England and France will now face off in the FIFA World Cup Qatar 2022 quarterfinals on December 11, 2022. There is a window of 29% that the game will have a drawn result. France has the best chance of winning the tournament. Despite winning 3-0 against Senegal, England may be seen fighting harder.

On the other side, Argentina and the Netherlands are set to play their next knockout match with each other on December 10, 2022, at 12:30 am IST.