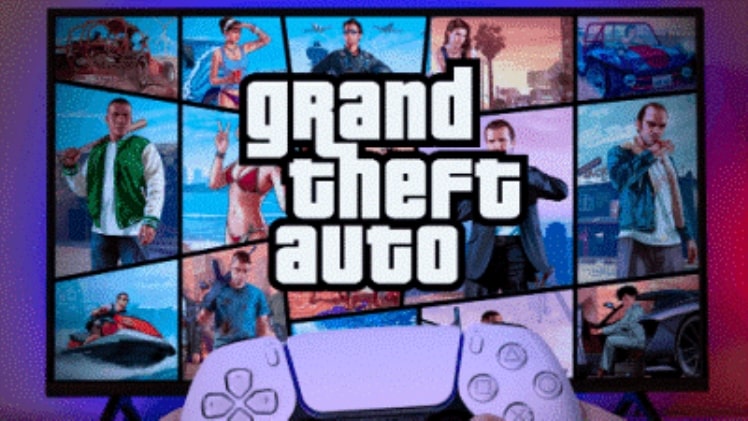 Leaks in the video game industry are common nowadays, and at times, they’re a great way to get more information about an upcoming title like GTA VI.

It feels like forever since we’ve had a new Grand Theft Auto game. After the massive success of GTA V, fans with GTA modded accounts are wondering when they are getting the sixth installment. Well, just this November, a new rumor about GTA VI has potentially leaked a prominent gameplay feature. You’ve probably heard the news, but the title with the tentative name already leaked online earlier this year. It gave us the first look at an early version of the game, revealing things like having dual protagonists this time around and a Vice City-esque setting. GTA VI is one of the most highly anticipated releases in the gaming world, and although Rockstar has confirmed that it’s currently in development, the details of what we can expect are still scarce.

If you’re one to follow gaming news and trends, you must have some inkling about the footage leaks that happened with Grand Theft Auto 6. The leaks were touted as one of the most impactful and largest leaks in gaming history. It got so severe that the data breach of Rockstar Games led to intervention from law enforcement agencies in the United Kingdom and the United States. Th hubbub began in mid-September of 2022 when a hacker shared 90 videos of GTA 6 in development in the official Grand Theft Auto forums. While onlookers and players with GTA modded accounts were initially dubious of the clips shared, Rockstar Games eventually came out to the front and confirmed that the videos were legitimate. Nevertheless, they will continue the development of GTA VI regardless of the massive leaks that ensued.

The gaming industry was more or less shaken when the very first GTA 6 gameplay spilled out online. The smaller clips consisted of various character animations, while the meatier videos had more elaborate footage, showing shootouts and whole robbery sequences for everyone to see. Not long after that, Jason Schreier—a prominent journalist and author covering the video game industry—confirmed with sources from Rockstar Games that the leaks were the real deal.

How Big is the Map?

There has been no confirmation regarding where players will be visiting in the next Grand Theft Auto game or how big it’ll be, but if the leaked gameplay videos are to be trusted, there’s a high chance of us returning to Vice City. The all-time classic locale looks like it’s only serving one portion of the whole map, though, so we might be in for something bigger.

Previously, dataminers and leakers claimed that Vice City wouldn’t be a focal point in the upcoming GTA title, noting that the entirety of Florida would be involved instead. They argued that the map would take place in a modern version of Miami, with the entirety of the in-game world to be the size of GTA V and Red Dead Redemption 2 combined. However, the claims of leakers would soon sizzle out as Michael Pachter—an industry analyst—would go on the record and state that GTA VI would feature multiple continents. In March 2022, Michael claimed that the next Grand Theft Auto game would feature a San Andreas, Vice City, Liberty City, Europe, and London. It would be interesting to see how Rockstar Games would take advantage of the map and use it to tie a more cohesive story than its last game. For now, all we can say is it’s chock full of things to do and locations to explore, then saddle up for a hundred to a thousand hours of playthrough.

Who Are the Characters?

Some rumors suggest that the story for GTA VI is already finished, but since we still have no clue about what could be the storyline for it, let’s take a look at the characters first. One of the significant things that the hacker leaked during the mid-September 2022 fiasco was that the game would feature two protagonists. On GTA V, we got a mix of three characters that reminds us of the 3 Idiots film. This time, it looks like we have a male and female character, with the tale having a similar vibe to Bonnie and Clyde. This suggests that the story would feature a couple that’s on the run from the authorities due to running a string of heists (which sounds very GTA V-like, mind you). If we take the assumptions even further, it would also mean we’d be allowed to use the character-switching mechanic introduced in GTA V.

What’s Real and What’s Not?

As is always the case with rumors, always take them with a grain of salt. However, with Rockstar Games confirming that the leaks that happened on September 2022 are real, we now have some things to go by regarding what we can expect from GTA VI. It looks like it’ll be a while before we see an official release date, but in the meantime, we could always play with our GTA accounts and have some mindless fun.