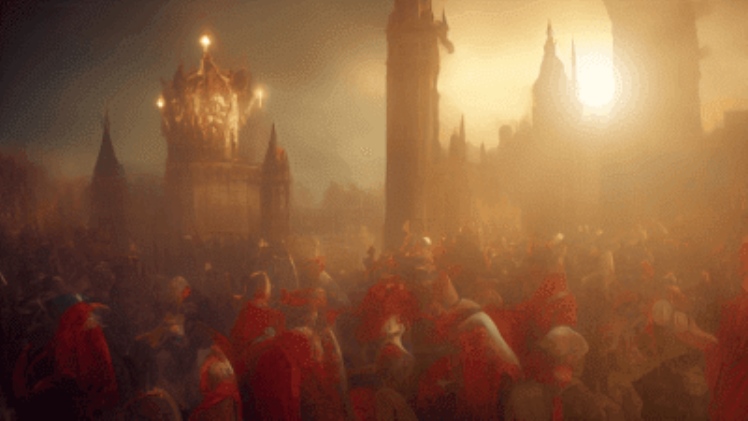 New World’s population is on the rise. Devs are introducing new servers to support their growing player count.

Despite its rocky past, New World is finding its footing once again. Previously, Amazon removed or merged existing servers due to the dwindling number of active players in the game. From about a hundred thousand concurrent gamers in November 2021, the player count plummeted to an all-time low of 13k last July. However, the number of active New World accounts is on the rise, which is why new additional servers will be introduced in the game.

As September pushed in, it seems more players are returning to try out or farm New World gold again. During the first week of September, the famous MMORPG was plagued by server congestion due to the sudden surge of gamers. Due to the current trend of the game’s population, the gaming studio has decided to add more servers to the game.

In their official forum, New World has seen an increase in player activity, which has prompted them to introduce additional servers for specific regions. Central EU, South America, and US East are the areas that will be receiving the different centers. Here are the names of the new worlds:

While these names might be familiar to players, these servers are entirely new. This means there is no existing territory ownership, and everyone here will start from scratch. However, players who choose to transfer their characters will retain their progress from their previous world.

While gamers are encouraged to move to these new servers, AGS will not be providing free transfer tokens this time around. Players will have to get these items from the in-game shop. In addition, the character limit per region will still be capped at two.

The latest worlds were released on September 9, 2022. Adventurers should note that these servers will also follow the rule regarding the maximum population per center, which is 2,200. There is still a chance that these zones will be merged in the future if the population dips again.

So far, Amazon has only been adding new regular servers to the game. Some players have been asking the gaming studio to introduce fresh start worlds, which titles like World of Warcraft hope to do. These data centers are different from regulars because everyone will have to start from scratch, and no data transfers will be allowed.

Having fresh start servers will benefit new players greatly since the reset will allow everyone to begin on equal footing. Some veteran gamers are hoping for such worlds so that they can create characters in these zones and dominate the faction and territory wars. There is no information yet on whether AGS will implement such servers as they are currently more focused on supporting the growing population.

Players were surprised when they were met with long server queues at the start of September. New World’s population is on a positive trend as the average number of active residents rose from 13,298 to 23,744 from July to Sept. The game peaked at around 45,745, the game’s highest in seven months.

Gamers remember that New World had an exceptionally high player count during its golden release as one of the best MMORPGs on Steam. These numbers quickly decreased over the following months due to several problems and bugs plaguing the game. These issues included unannounced changes, persistent hacks, and unenjoyable end-game tweaks.

Since then, New World has finally found its footing and consistently pumps out enjoyable content at a much more appreciable pace. Expeditions and the PvP scene have been very lively in recent days. With the upcoming release of Brimstone Sands, the game is expected to continue to increase its current average of concurrent players.

New World in a Positive Position

It’s been a while since New World has had some good news, and the introduction of new servers shows growth in the community. Hopefully, the trend will continue as more and more gamers jump in to earn New World coins. With the upcoming release of Brimstone Sands, adventurers are encouraged to come back to Aeternum and see this new content.

Everything You Need to Build the Ideal Home Music Studio

Play Cuntwars on Your Smartphone and Tablet for Free!

How good was Thierry Henry in his maiden Premier League season?