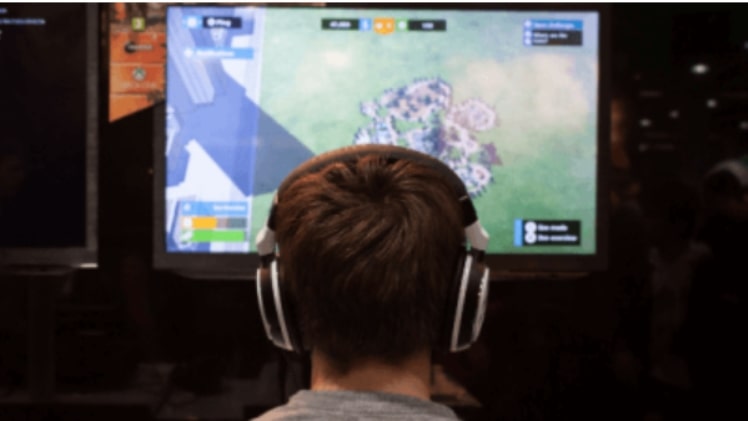 If you were one of the millions who saw the finale where the previous island exploded into bits, then you probably know what’s coming next. That’s right. Fortnite’s Chapter 4 is officially here, bringing along plenty of changes for the successful battle royale. Chapter 4 comes after the shortest chapter (that we know of) in Fortnite history. At just one year long, Chapter 4 is now being considered by many as a signal of a new way forward for Epic’s game. Every December, Fortnite gets a significant overhaul; in the case of Chapter 4, we have a new map, new weapons to use, and even new mechanics, such as motorcycles and the Augments system. Of course, let’s not forget about the skins that await in the Fortnite item shop, either.

What’s the Deal With the New Map?

The most exciting part of Chapter 4 is its brand-spankin’ new map. The map brings a total makeover to Fortnite’s landscape and includes plenty of new points of interest, such as a citadel housing that houses a character known as the Ageless. There’s also a mine chock full of kinetic ore material and an abandoned farm to which players with Fortnite accounts can go.

If you gloss over the northeast end of the map, you’ll find a snowy section where there are two places: Lonely Labs and Brutal Bastion. You might be wondering whose labs they belong to, but it’s hard to say for now since we’re only at the start of Chapter 4. You can expect more news to come up regarding this in the next coming weeks, though. Lush green spaces like the Frenzy Fields extend to Faulty Splits and Slappy Shores are also some of the other noteworthy POIs the new map offers.

We’ve mentioned that there are motorcycles in the beginning, and they come with another mechanic that pairs well with the vehicle: vaulting. Vaulting is where you simply sprint toward an object that’s wasit-high. When you do this, you’ll automatically leap over it without having to jump manually or slow your pace. If that doesn’t give you much adrenaline, then perhaps using a motorcycle to go along with it will. Motorcycles are the debut vehicle for this season; they have room for two players and can be shot off—even by the driver. If you look at the launch trailer for Fortnite Chapter 4: Season 1, you’ll see that it’s possible to do tricks too.

We can’t talk about gameplay without mentioning the new weapons. It’s common knowledge that the best guns in Fortnite are the Mythics and Exotics. Mythics are dropped by the hostile NPCs on the map when defeated, and neutral NPCs sell the Exotic weapons. Chapter 4 contains six Exotic weapons and one Mythic weapon to find. Here are the locations and costs of each:

This is Fortnite’s latest perks system that dishes out gameplay buffs. At certain intervals during your match, you (as well as other players) will be given a randomized choice between two Augments that can give you an advantage over your competition. The bottom line is that the longer you survive, the more boons you’ll be offered. The Augments will last until the end of the match and don’t carry over to your next game.

Say you don’t like the Augments that the game has given you. In that case, you can re-roll to get the one you want. However, be aware that you only get to have one free re-roll. If you still don’t like the Augments you get after it, you’ll have to spend 100 Gold Bars per roll. There are currently 22 Reality Augments for Chapter 4: Season 1. We can expect more Augments to be cranked out in the future seasons.

How Long Will Chapter 4 Go For?

Currently, there’s no telling how long Fortnite Chapter 4 will run. We’ve noticed, as of late, that Epic Games has been making its chapters shorter. It’s still too early to say if this is Epic’s plan for future chapters, but in the meantime, players can bask in the new weapons, gameplay mechanics, and skins in the Fortnite item shop while they everything out.